Noviun are pleased to announce we have been appointed on the new Livingstone Academy project in Bournemouth.

This project is a £28.5m all-through School located in the heart of the city on the former Police Station, Coroners and Magistrates Courts site.

The Livingstone Academy site includes the change of use and careful refurbishment of a 1920’s Grade II Listed former Coroners Court which had stood empty since 2012. The project also includes the complete internal remodel of the former Magistrates Court, a four storey 1960’s building which has also stood empty for the same amount of time. 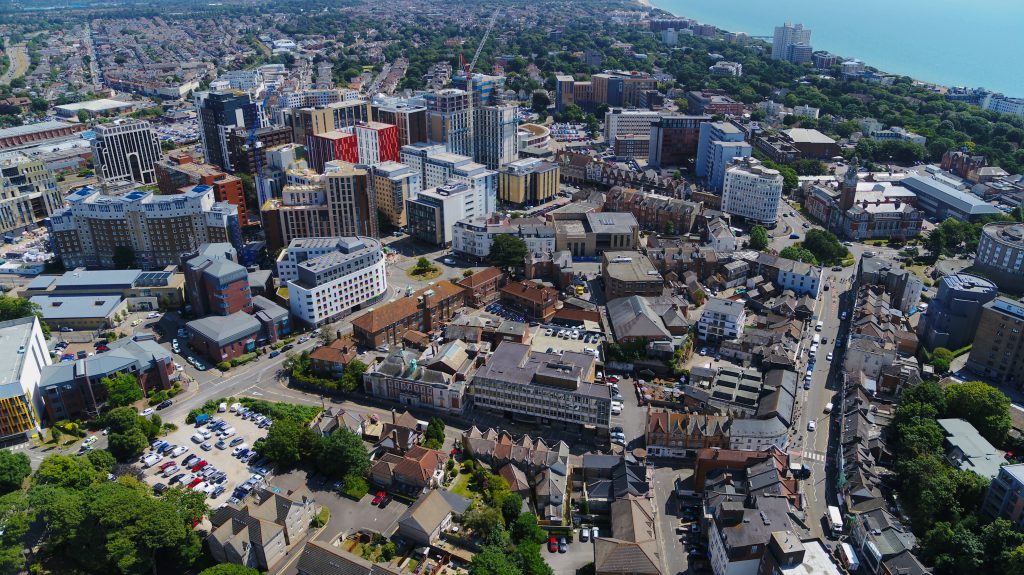 At the start of the project one of the first services Noviun undertook was to review the entire existing building stock against a traditional educational environment. This included reviewing the space standards, technical requirements such as building regulations, acoustic and daylight performance, building longevity and suitability for its future purpose.

The Police Station, although of significance to the local area, was not suitable on any of the above requirements to be reused as an educational facility.

Noviun worked closely with the local authority, including the heritage officer, on the justification of both the demolition of the buildings on the site and the proposals for the listed building.

The new build element that replaced the demolished building had its design influenced by both the mitigating factors of removing the Police Station and also the impact on the listed setting of the retained and refurbished Listed Court building.

The school will be part of the Aspirations Academies Trust who already run three very successful schools in Bournemouth and Poole; Jewell Academy, Bournemouth and Ocean Academy and Magna Academy in Poole and once fully operational, will cater for pupils aged between 4 and 19 years, with a planned start-up of 150 pupils.

Since 2009 Bournemouth has been experiencing a rapid rise in its population of children requiring school places. From 2009 to 2016 an additional 3183 mainstream school places have been created in the borough.

The project includes for:

The project is due for completion in 2021, keep an eye on our News page for updates.